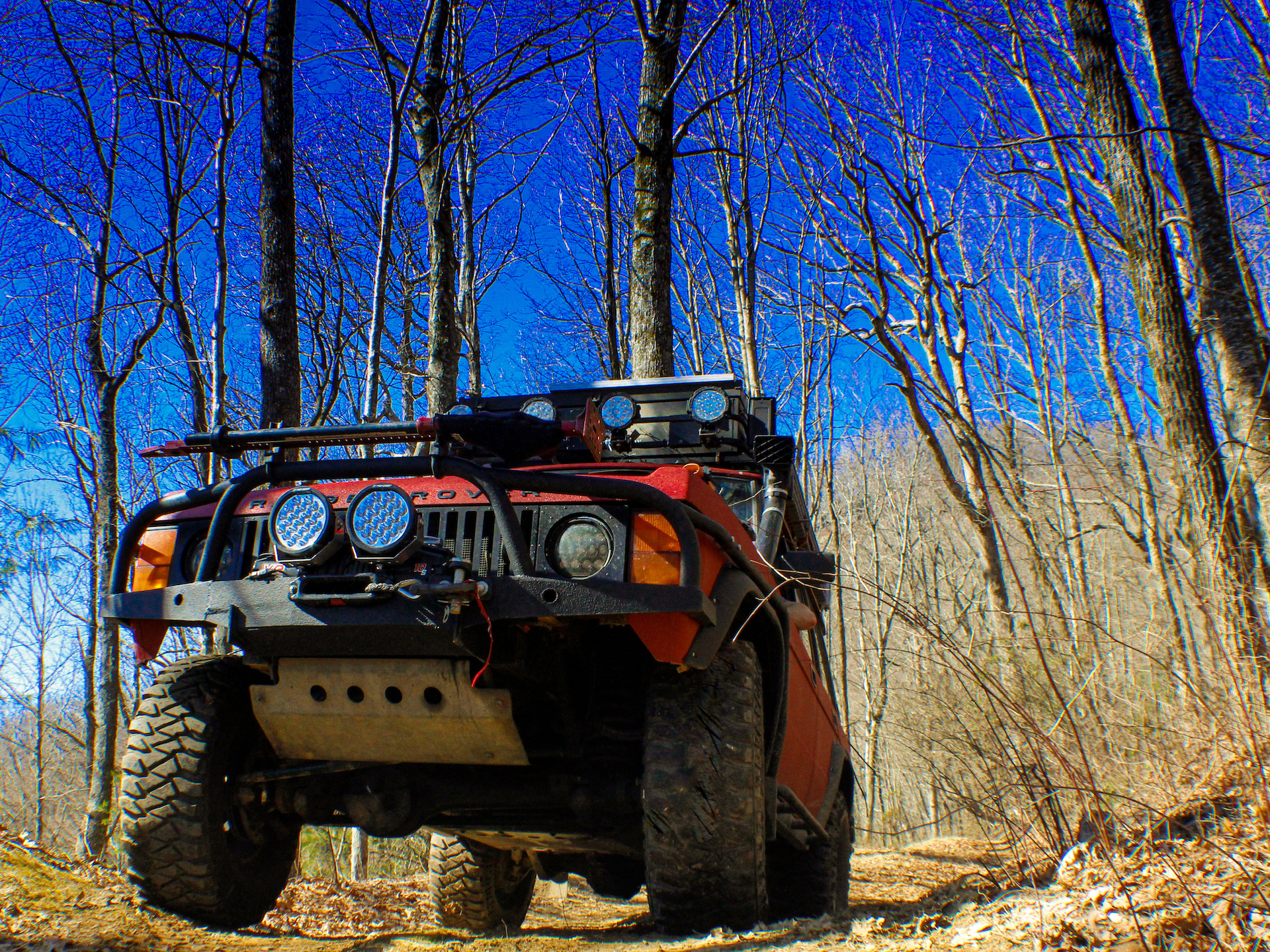 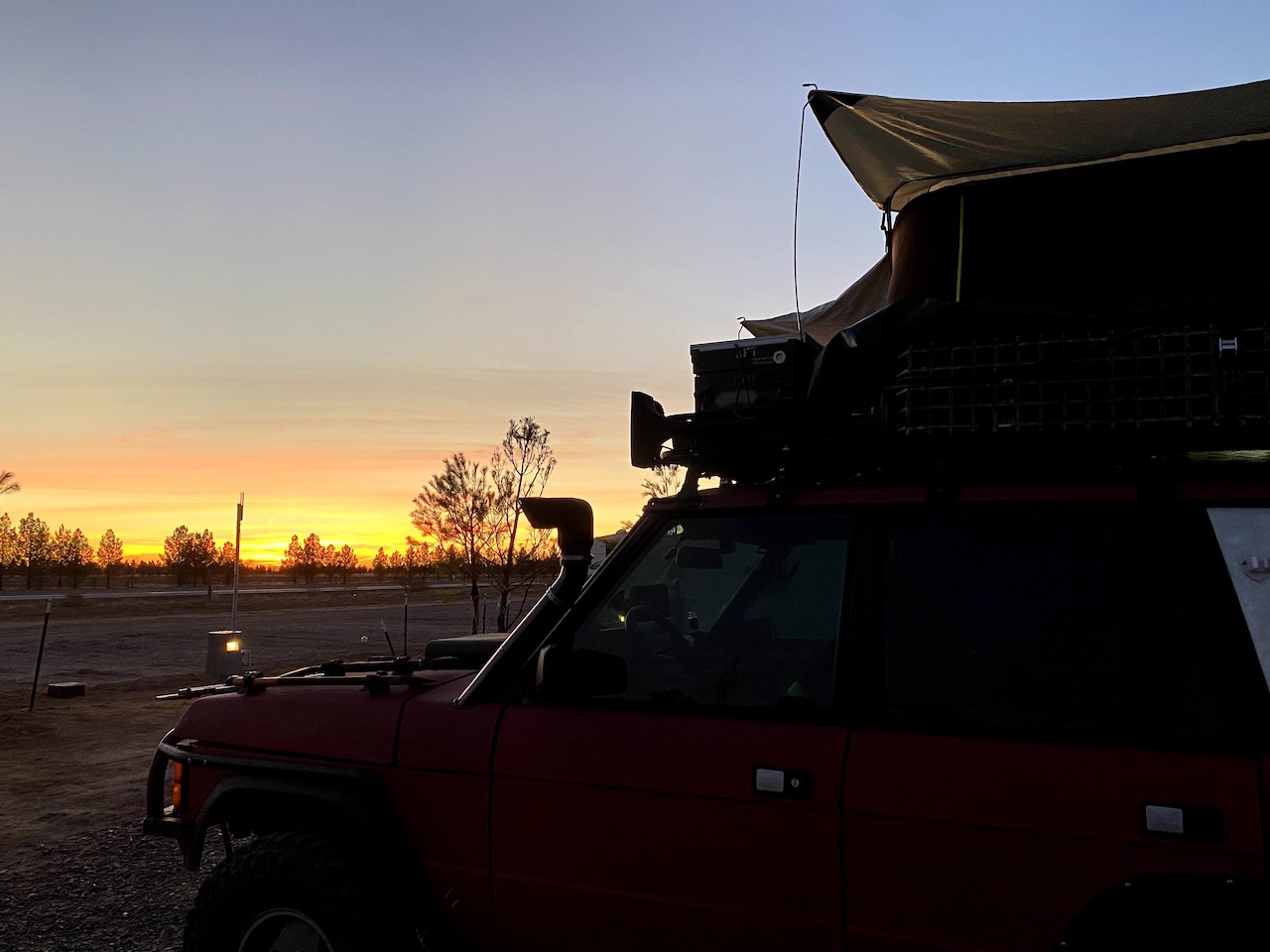 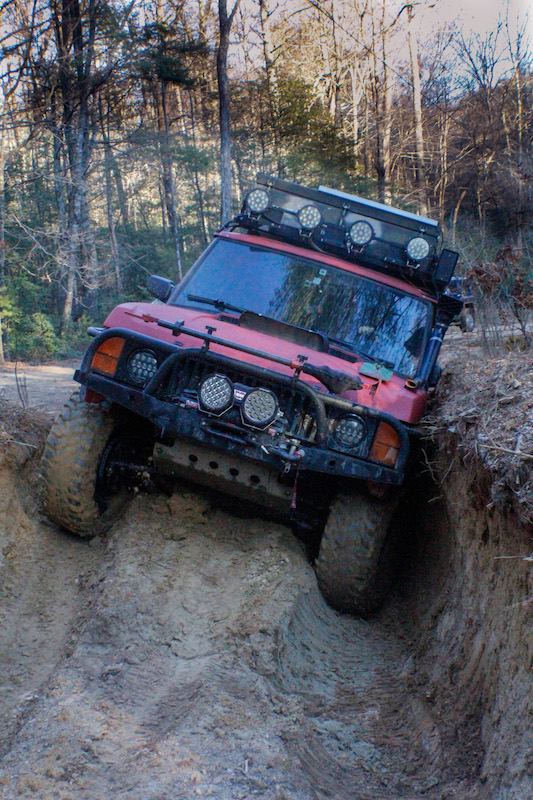 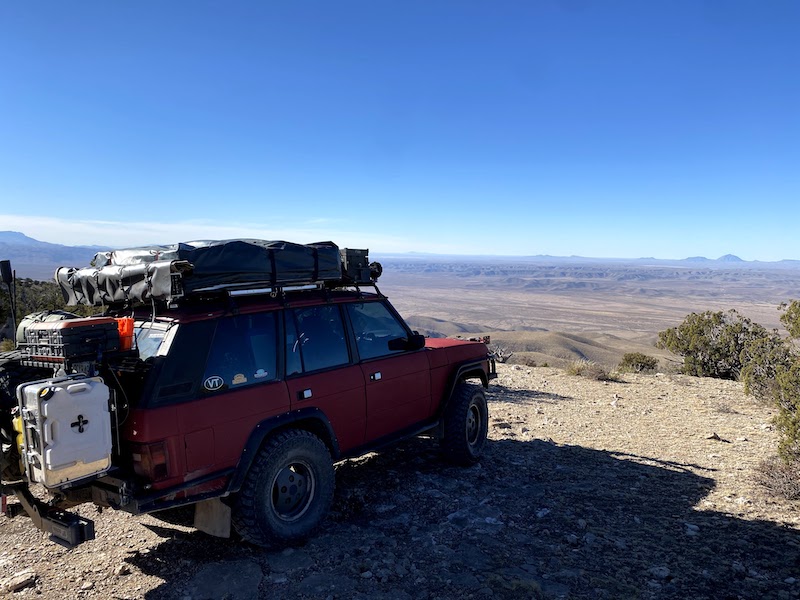 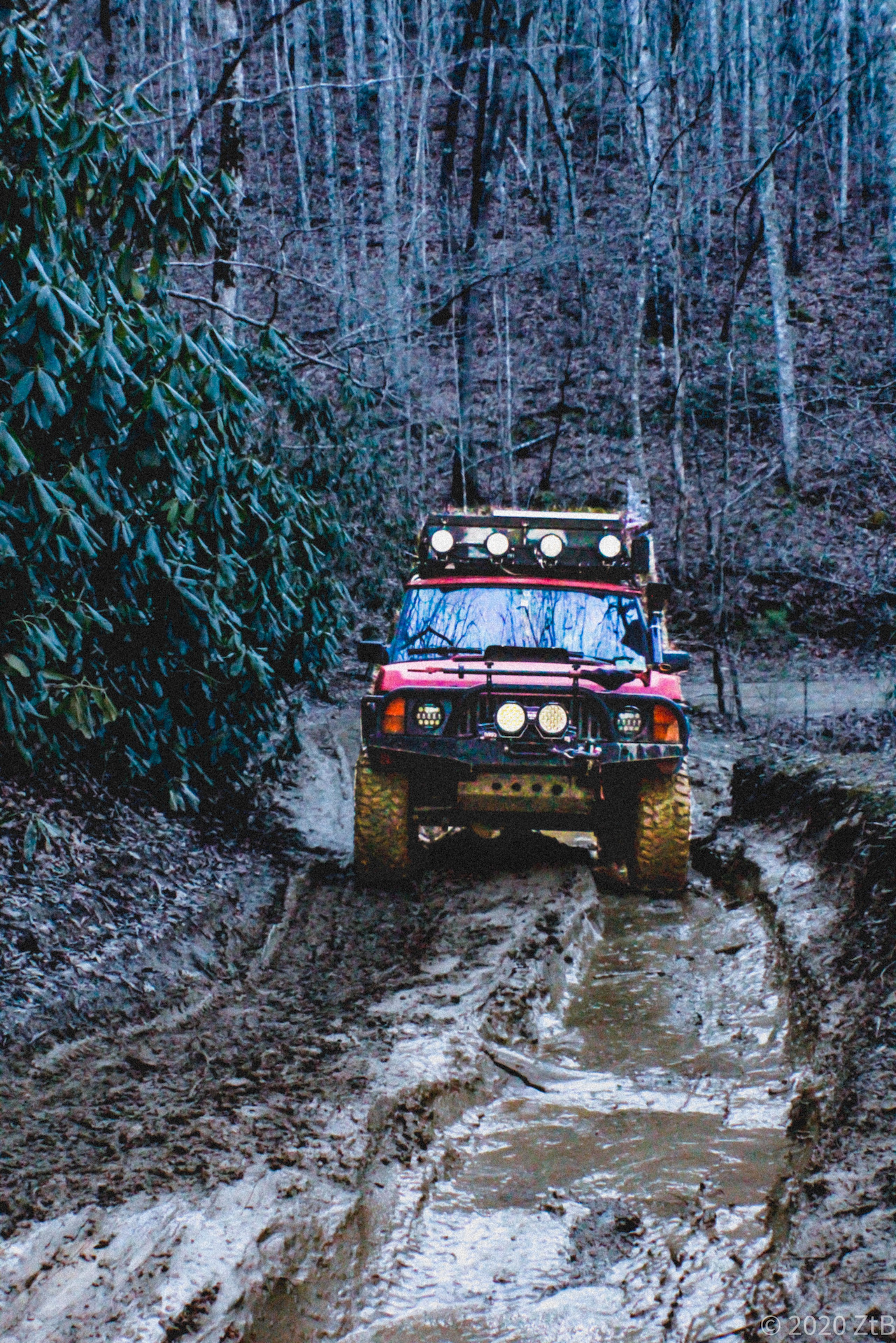 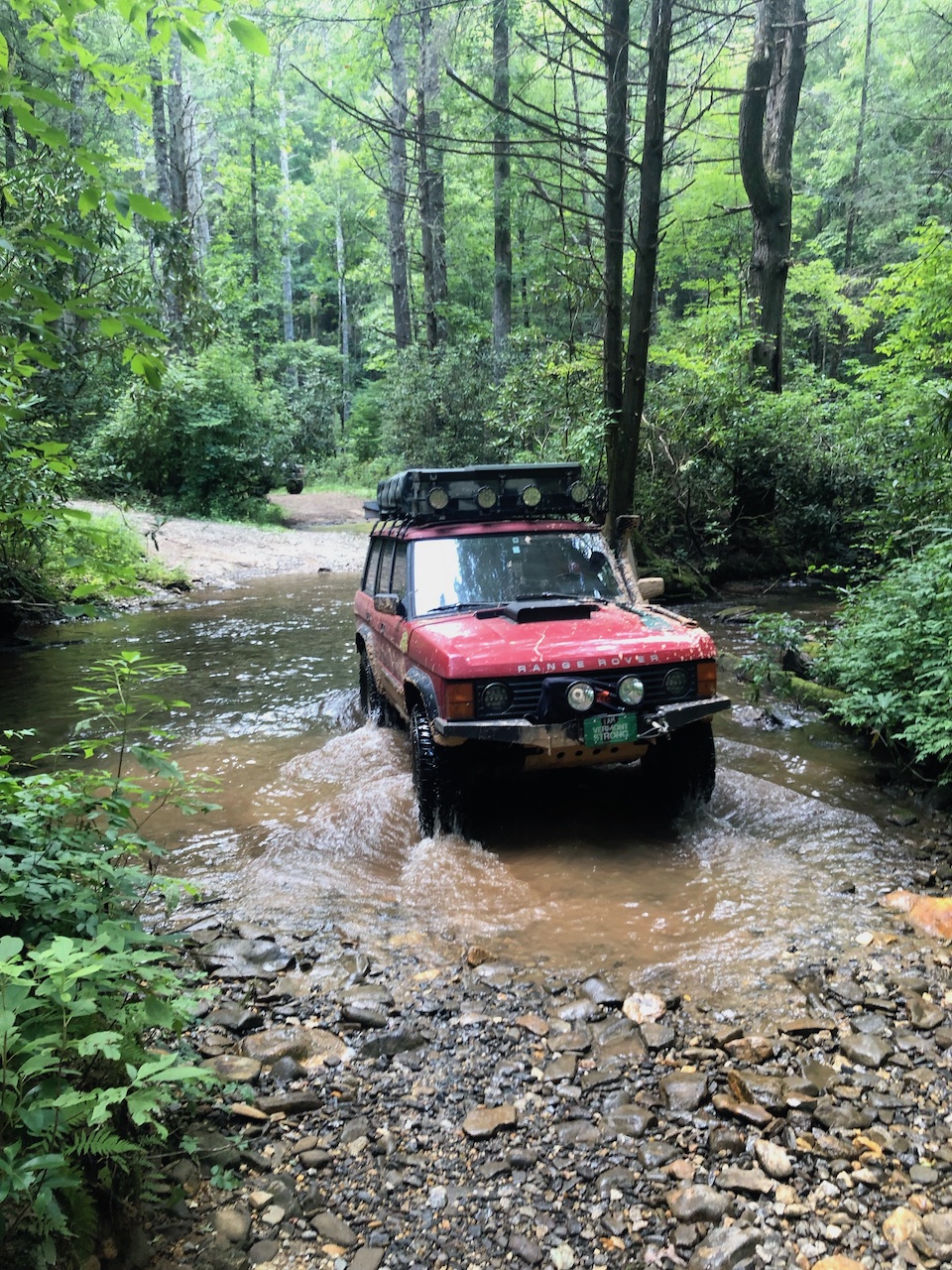 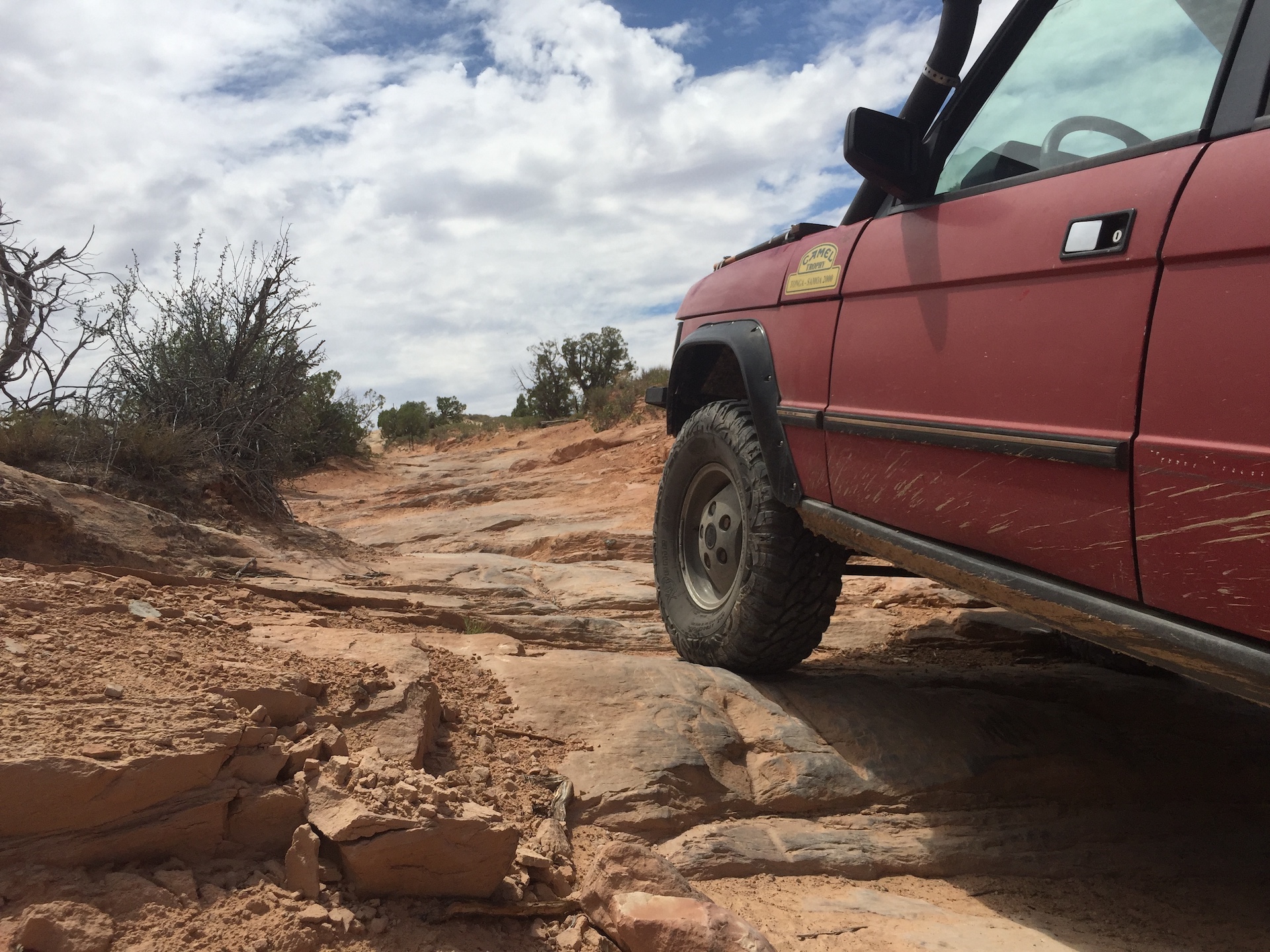 Affectionately named after the big red dog in the children's book series, Clifford started his life with the owner of SKOverland around 2005.  The truck was purchased with the original V8 Rover engine that had over 260k miles on it and was completely stock.  Being a true gearhead, Addison didn't keep this truck stock for long.  Since owning the truck, it has been has transformed it into an overlanding weapon.  It not only sports all the regular off road accessories like dual ARB locking diffs with 4.53 gears, HD axles and drivetrain components running 35" mud tires, rooftop tent, fridge, radio gear etc, but also has a plethora of super custom comfort and performance upgrades.

Currently the truck is powered by a 1995 Isuzu 3.1 Turbo Diesel engine.  The engine has been modified with a custom top mount intercooler and runs a large Subaru style 3-bolt turbo with a wound up fueling system.  This thing is a torque monster!  The fully custom front and rear bumpers each carry a winch, and the custom wheel arch protection ties into the custom sliders, which were all built all built by the owner of SKOverland himself. The truck has two custom under-sill mounted 10 gallon stainless tanks, one for extra diesel and one for fresh water.  The rear quarter panel windows were replaced with custom aluminum panel doors for accessing gear and the on-demand propane hot water system.

For comfort, the truck has both a diesel heater AND an air conditioning system for the rooftop tent, both housed in the rooftop box, so no matter the weather tent occupants remain comfortable.  Both the heat and A/C system can also heat and cool the lower tent room.  The custom rear bumper with swing away tire carrier has propane, flip down grill and grill table, extra storage an on-demand water faucet for the pop-out sink and flip down kitchen table with support legs.  Plenty of exterior and kitchen lighting as well as a 4 battery, 250AH electrical system power the truck.  There are 3 independent battery systems in this truck - the red-top started battery, two yellow-top aux batteries in parallel for winches and lights 9one in the front one in the rear), and a 100ah lithium for the high power accessories like the tent AC system.  A fixed solar panel on the roof and additional deployable solar, running through a two bank ZAMP solar charger allow the truck to stay charged at all times from both solar and the upgraded 150amp custom alternator.  A 1000w inverter and rear switch panel allow for easy access to the many, many electrical accessories.  The truck even has a custom rear-mounted 270 degree awning.  There were no awnings on the market that could cover as large an area as Addison wanted and still mount on the rear of the vehicle, so Addison built a custom awning system out of aluminum and outdoor awning fabric that folds away neatly to the rear rack.

Clifford has covered roughly 500k miles under Addison's ownership, and visited nearly every state in the lower 48. Clifford even spent 4 weeks exploring the mile-deep remote canyons and wilderness in Central Mexico, so there is not much this overland beast can not tackle! 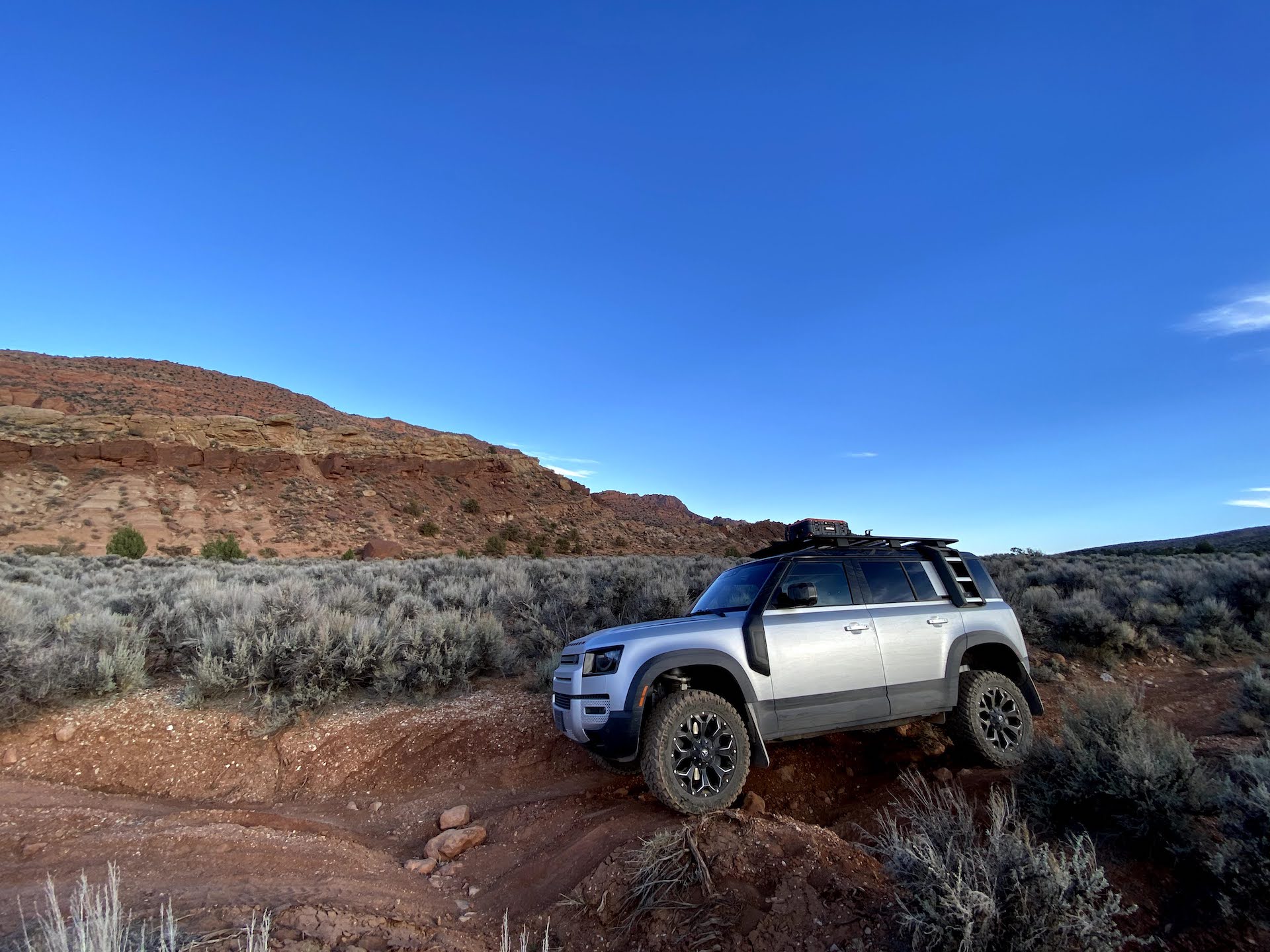 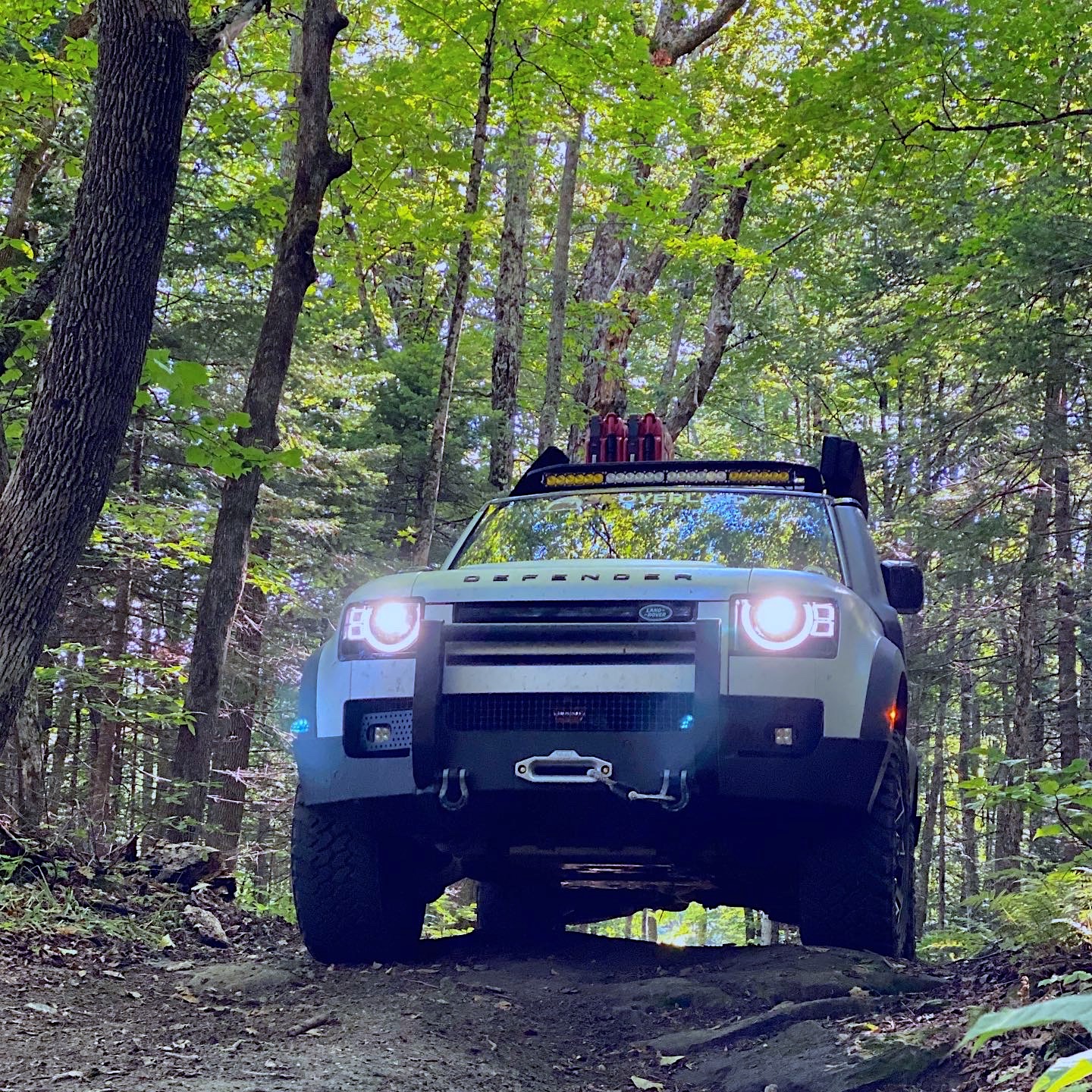 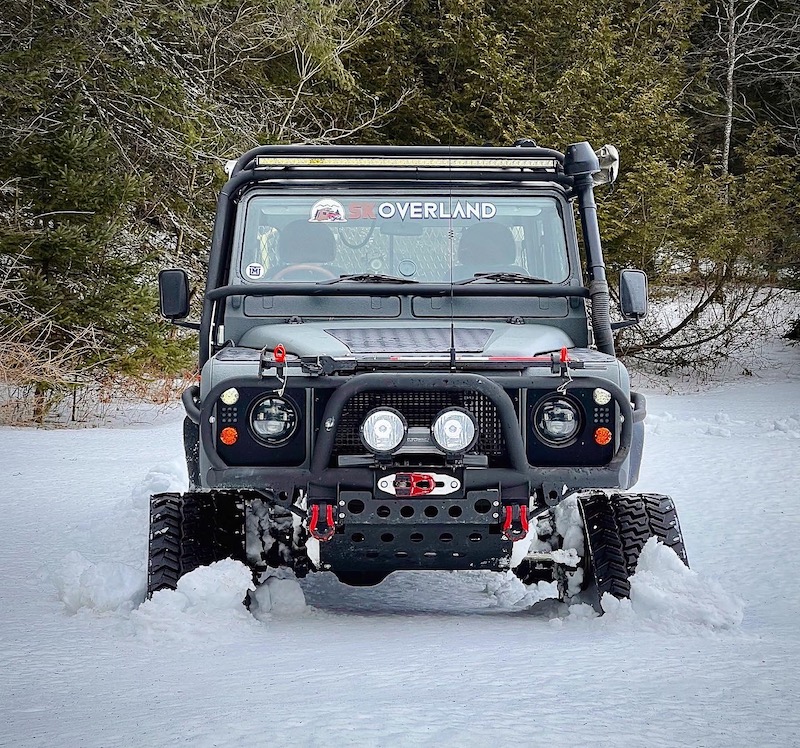 Builds
Defender 130
Back To projects